Kinosho Kikaku gallery is pleased to present Tadashi Tanaka’s exhibition, which will be held from December 1st to December 15th, 2016.

We want to extend many thanks to Akutsu Gallery for making this special occasion possible. 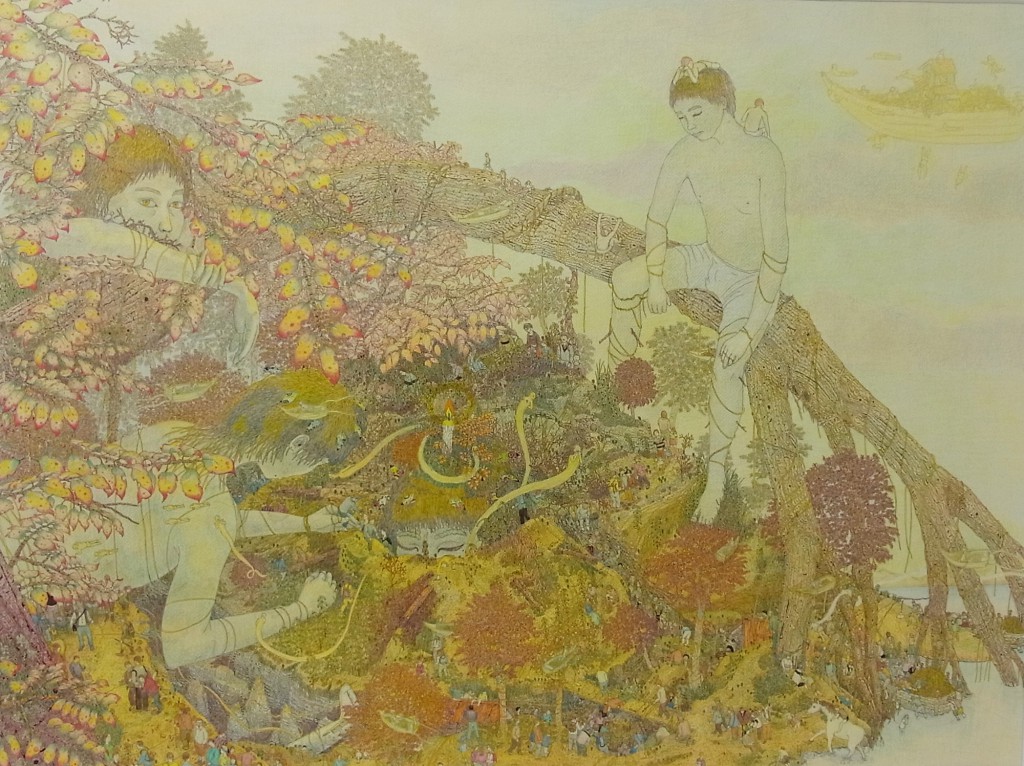 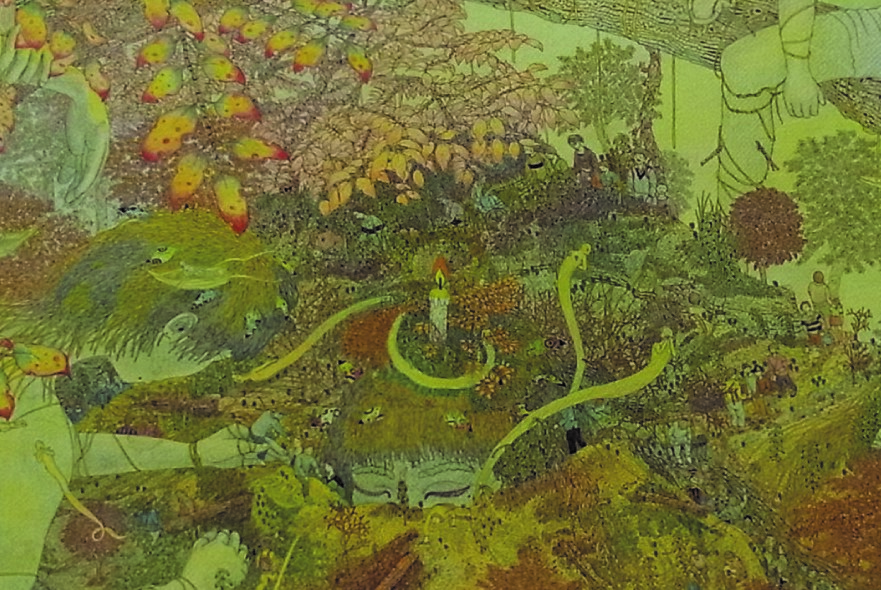 Close-up of “耳を澄ませば” (“If you listen carefully”) .

In 2015, Tadashi Tanaka’s work “Welcome home” has been chosen as ART OLYMPIA 2015’s top prize winner. His work has been selected out of 4186 artworks from over 52 countries.

This last selection was broadcasted live by many news sources, including “You Stream” and “YouTube”.

Tadashi Tanaka lives and works in Maehashi, in Gunma prefecture. For his works, he uses pen and colored pencil. His fantastic, layered, and highly precise drawings are composed of very symbolic elements, such as large trees, giants, or boats on a roof. His work is also reminiscent of Henry J. Dager’s style.

He started oil painting when he was a teenager and had displayed his work in local group shows. While working in the coating industry, he still continued to create his art pieces. He has focused on the style portrayed in his prized painting since around 2005. He says: “I work without an obvious purpose. I just draw what I want. The things I want to draw come from my imagination.”

We invite you to come experience the peculiar feeling and warmth of his landscapes. We are sure you will be delighted by his graphic works.

Handwoven Fantasy of a Stubborn Warrior

Tadashi Tanaka successfully weaves a rustic world of fantasy with the fine lines of a black ball-point pen and the delicate shades of color pencils. His works might remind us of the landscape of a village in Northern Thailand, where the local deities hover over rice fields dotted with stilt houses, guiding a flying boat. When a wandering naked giant god goes to sleep, his peacefulness resembles Buddha’s nirvana.

The artist, Tadashi Tanaka, is a stubborn warrior. After quitting school at fifteen, he found his art teachers in local artists or in masters in the past or remote places, thereby changing his own styles from time to time. Tanaka became a painter; however he earned a living not by painting pictures but by working on walls and boards with carpenters.

In 2015, at the age of 62, the painter was awarded the top Golden Prize at the 1st Art Olympia and received a hefty $120,000. The competition was fair to everyone as it overlooked the educational background or artistic career of the participants. The jury was international, composed of experts from several countries. Incidentally, the Second Prize was given to a Portuguese artist, the Third to a Taiwanese.

A few people were surprised by the fact that the unknown Tadashi Tanaka got the big prize, him who had hardly engaged with nationwide art organizations or competitions. The Art Olympia appreciated Tanaka’s expertise as it was, while he never concerned himself with artistic authorities nor followed the trends.

Looking back, we see contemporary artists having tried out every kind of method or style and being unable to find a new motif.  Ethnic themes could be a breakthrough, but if you absent-mindedly rely on all things ethnic, your work may perhaps end up in a souvenir shop for tourists. The artists should find out the center of balance for truly free expression.

Tadashi Tanaka himself may not admit any relationship with things in Northern Thailand as was suggested here in the beginning; he would probably maintain that it is the forest spirits of his home country of Gunma that hover around in his artworks.

His large artworks are a kind of mandala made with the intricacy of a miniature, while his smaller works can be combined to resemble a lovely picture book.

The stubborn warrior has woven, steadily and intricately, landscapes of an unknown civilization. 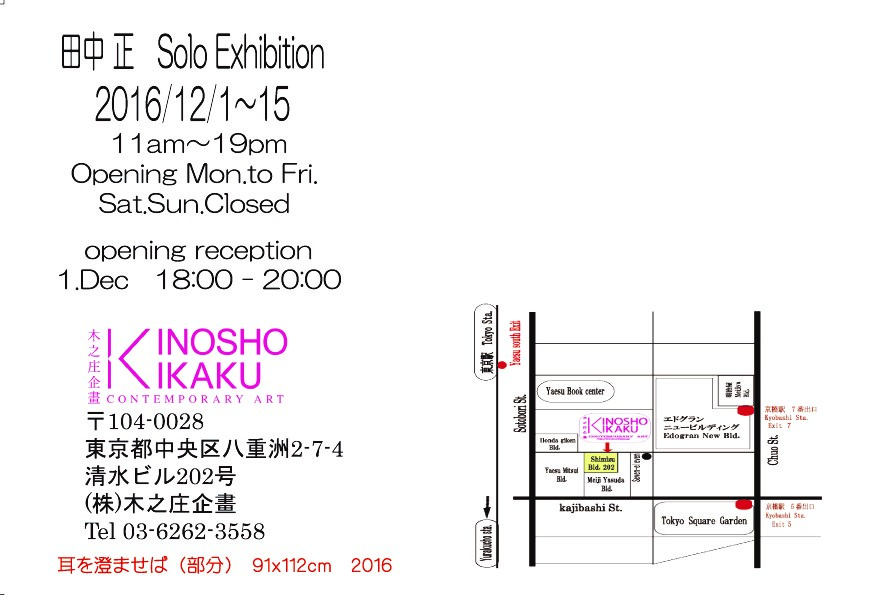 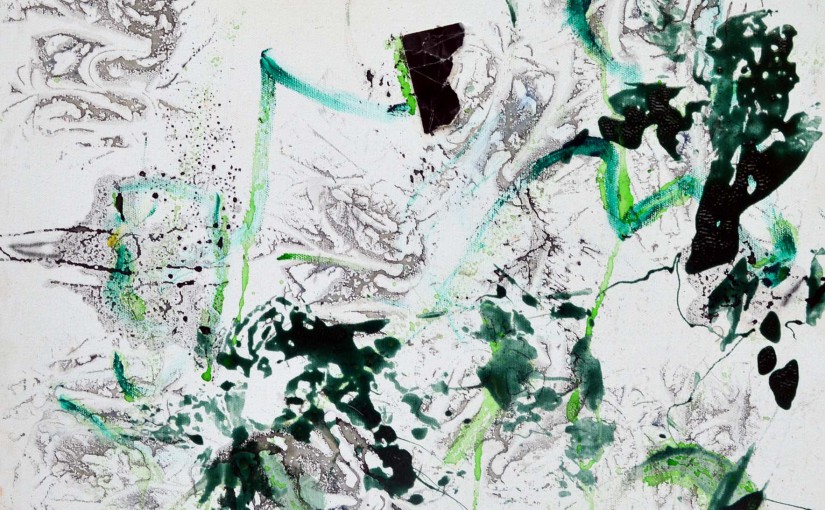 Kinosho Kikaku Gallery is pleased to announce its first exhibition in its new space! We will exhibit German artist Florian Thomas Keller’s works, from September, 3rd to September, 17th. 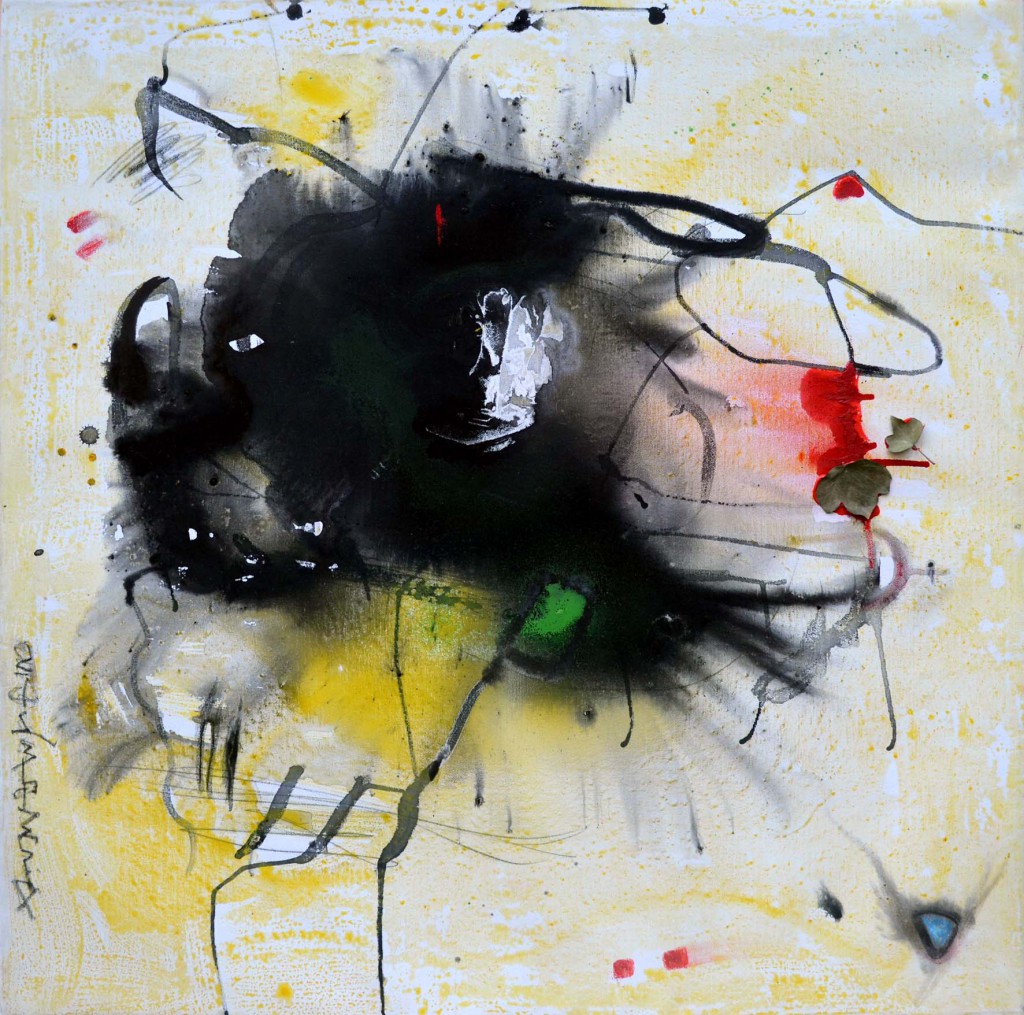 Born in 1953 in Karlsruhe, Germany, Florian Thomas Keller went to art school in Sweden. He traveled and exhibited his work in many countries and co-founded the gallery “gad”, in Berlin.

About his art, he explains:

Speaking about art is not an easy task. For me, art is defined through the eye of consciousness. I choose what art is, what materials I use. I start with a movement or I make a small distinctive point by pencil, on my canvas, and then, the process starts. I use different techniques and tools, for example brush, knife, coal, spray, etc, and different materials like metal, sand, and wood. Then, I begin a kind of build up. Sometimes I go over, I wipe out, I put together… My eyes and hands dictate how the work takes form.
I mostly create abstract works but figurative elements can be introduced if necessary. I decide the work balance: a good flow or a nice shock, eruption or calm, reduction and emptiness.
The title gives one direction, one possibility to understand the piece but there is always more for the viewer to feel and understand. 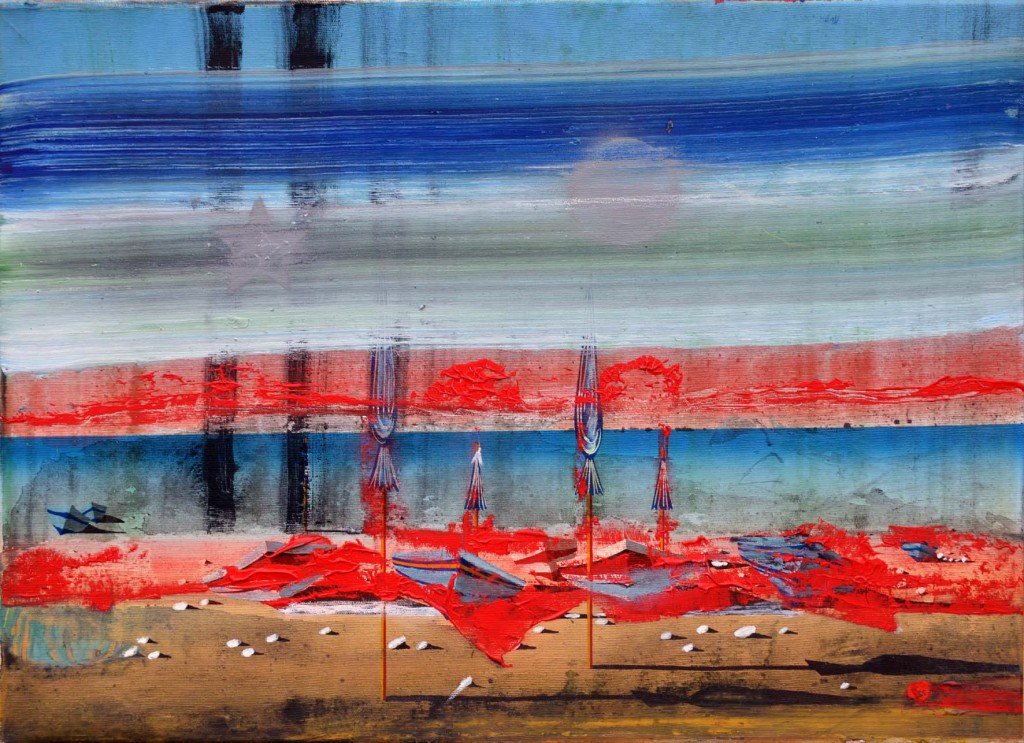 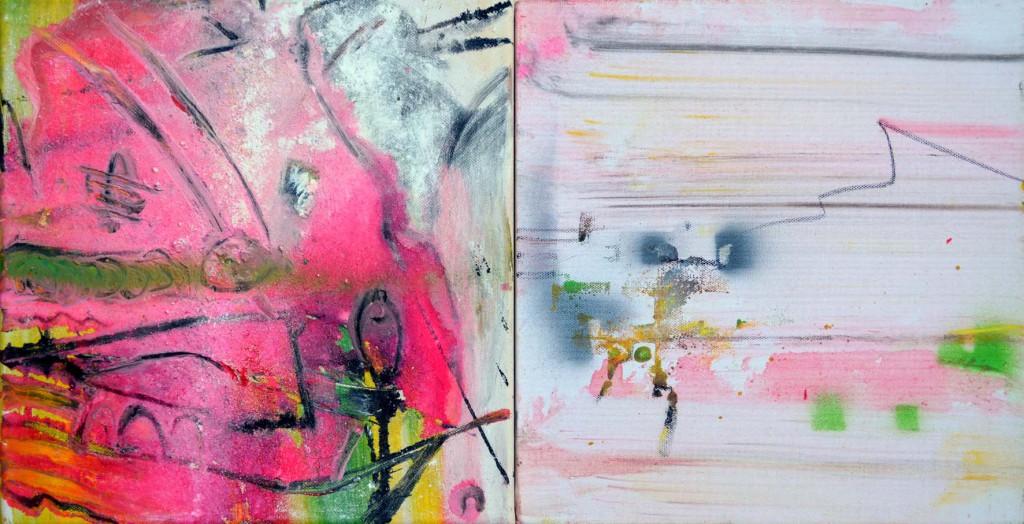