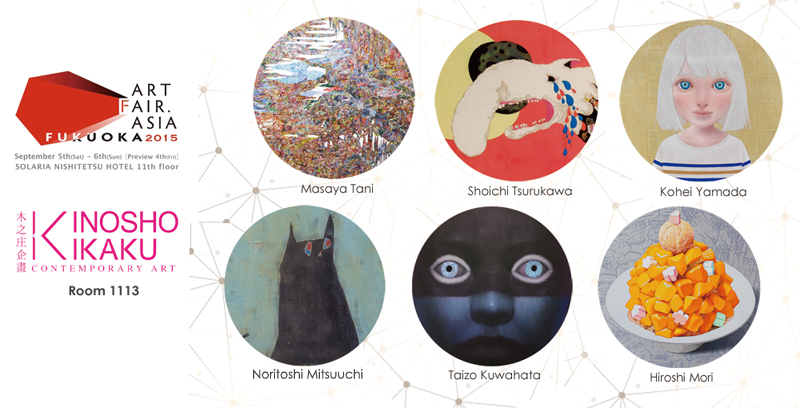 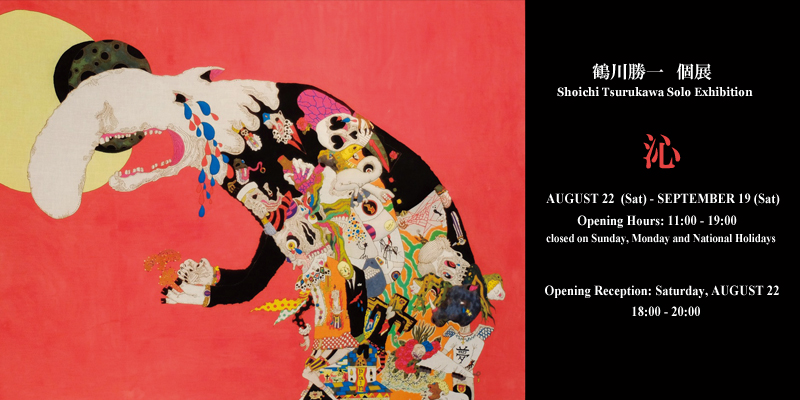 With his bold use of colors and distinctive techniques, Tsurukawa’s works contain an exceedingly forceful personality. It is as if he has carefully captured and stained every bit of momentary emotions that often fill his heart with vivid colors, and condensed them onto one single pictorial scene.

According to Tsurukawa, he is often indulged in the colors of emotions. Being extra sensitive to the colors of happiness, anger and grief, he is always drawn by the vividness of his own emotions, which is portrayed thoroughly by the density and richness of colors in all of his works.

The techniques he uses in creating his works are staining and pen painting. Though both techniques share a miniature-esque preciseness, he did not tend to restrain himself to such particular representation. For him, it is rather an amplification of the overflowing and piling up of layers of emotions. “What I want to portray is humans, namely the common ‘something’ that lies underneath our appearance.” He said, “But as I do not know much about other human beings, I decided to draw myself, a human named ‘Shoichi Tsurukawa’.”

The reason he chose staining as the main technique in his creation of works is that the transition of the colors is able to reflect the flow of his emotions in a more realistic manner.  “My works are like the crushed rubbles of my aspiration and fate from the brutal reality.” The aspiration and fate did not go weathered. Through his own hands, they have transformed into rubbles and continue to pile up along his journey of life.
This very exhibition will be showing a number of new and old works of Tsurukawa. We hope that through the stained “rubbles” of emotions portrayed in his works, you are able to meet Shoichi Tsurukawa as a human being and hopefully, discover the “something” that lies underneath our skin. 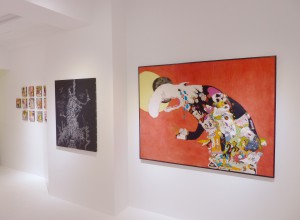