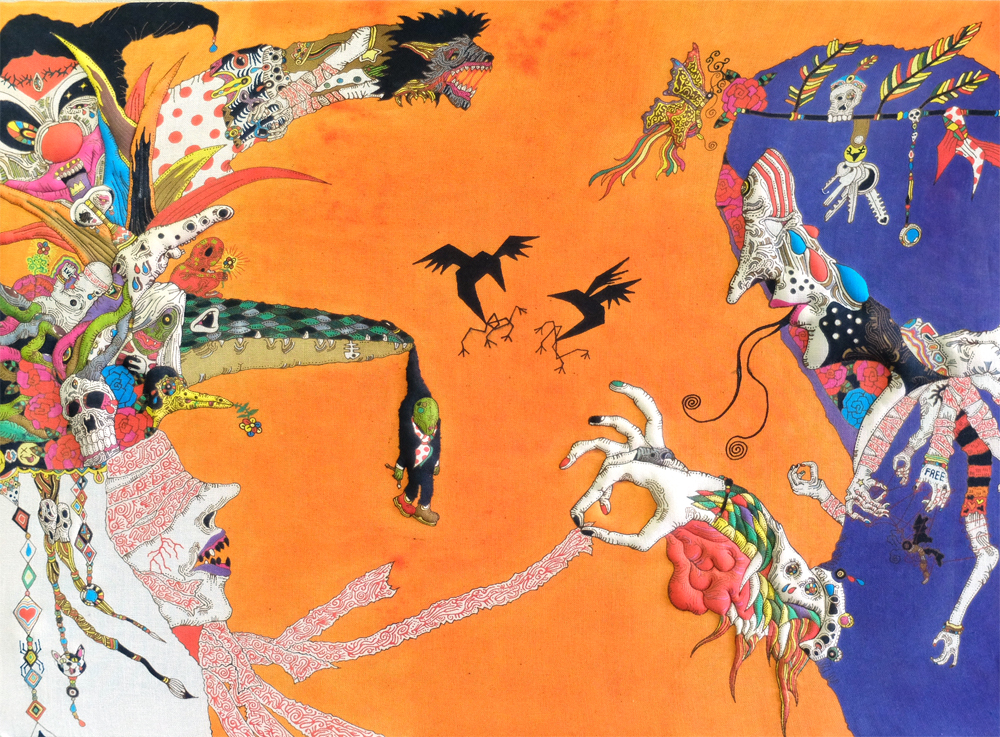 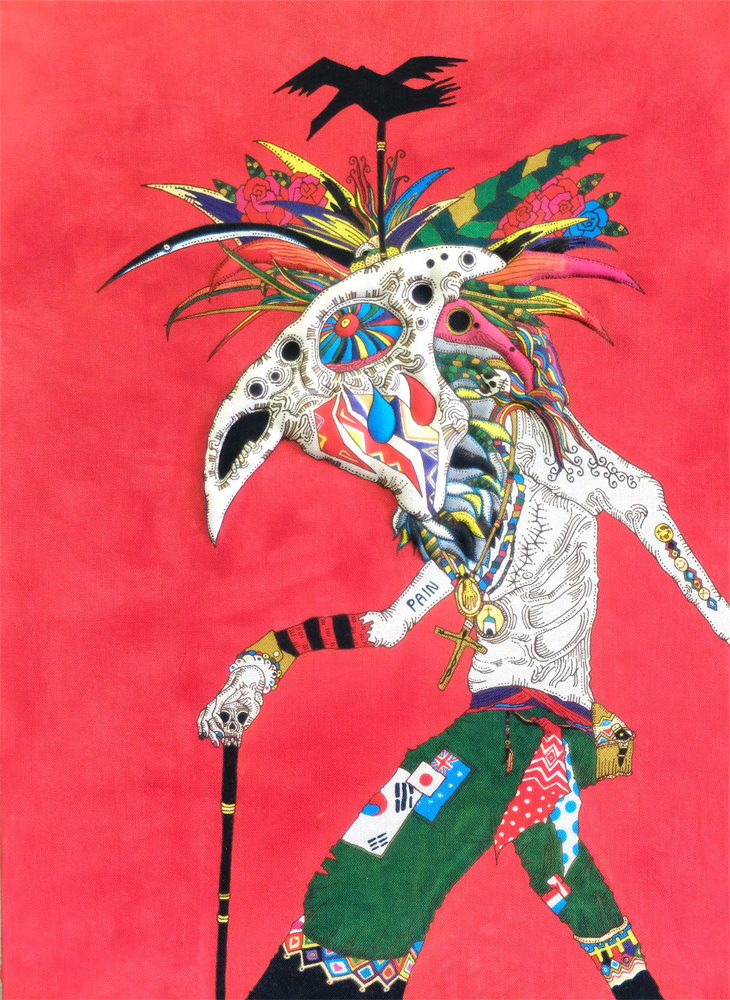 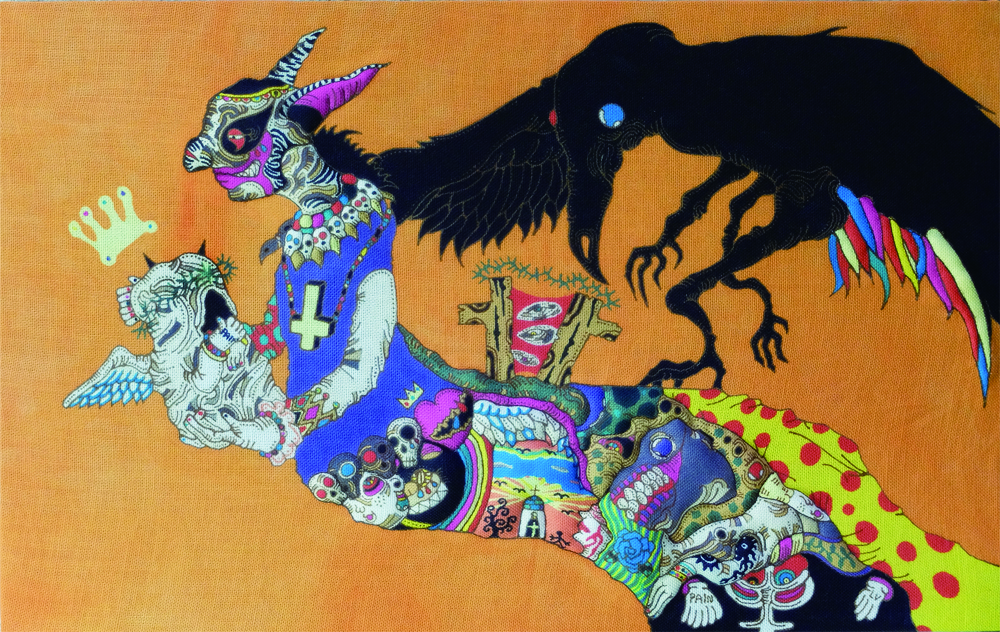 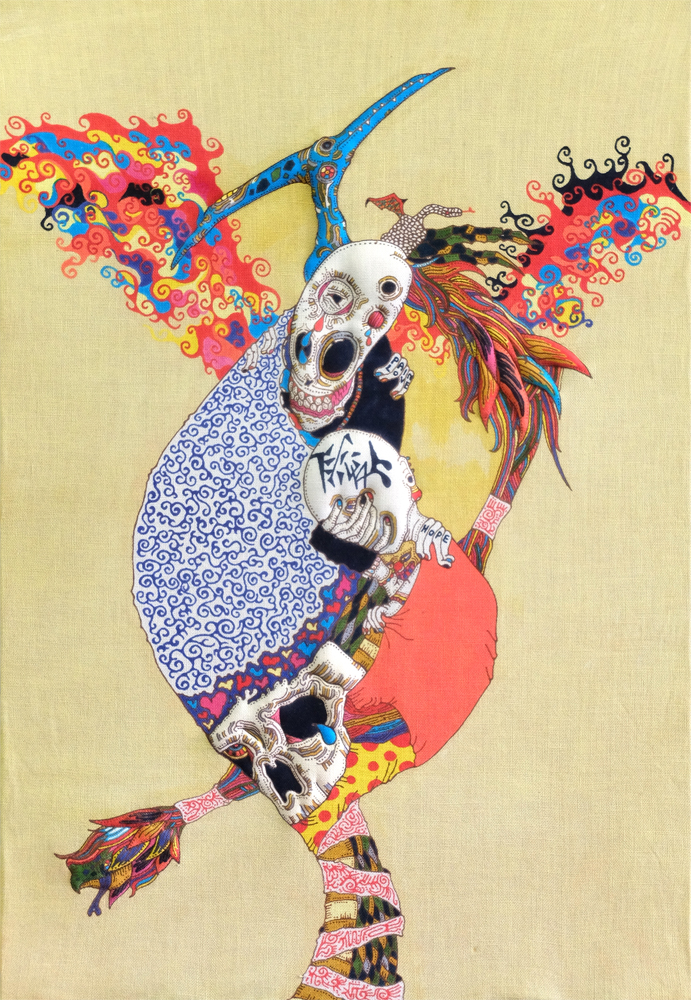 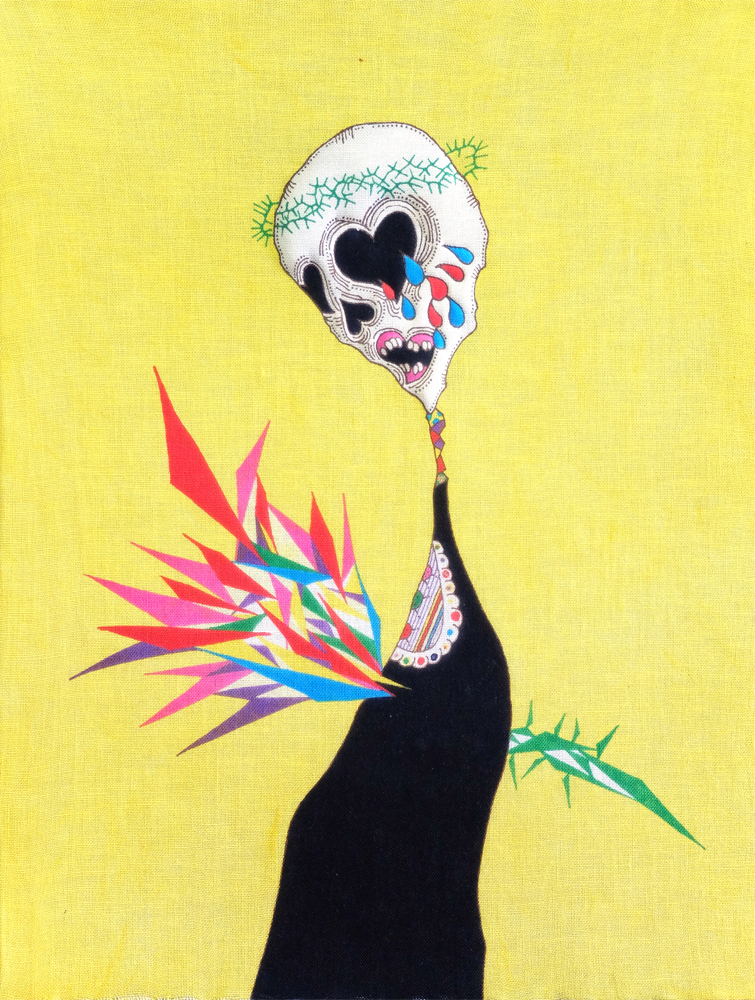 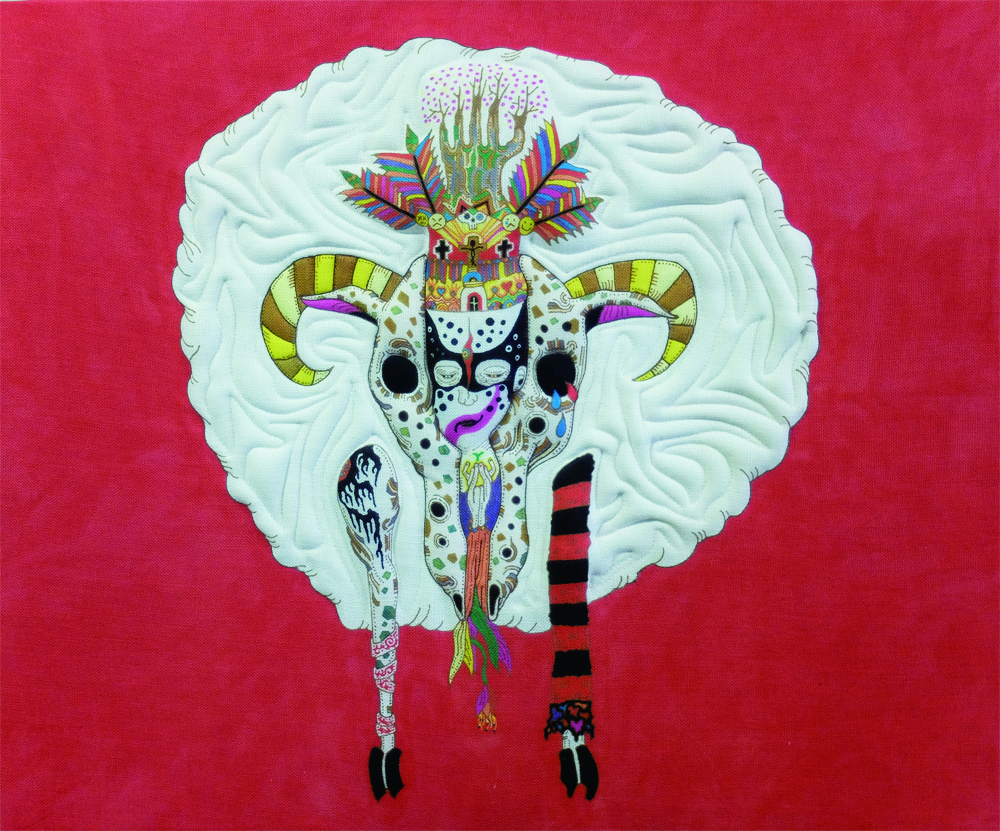 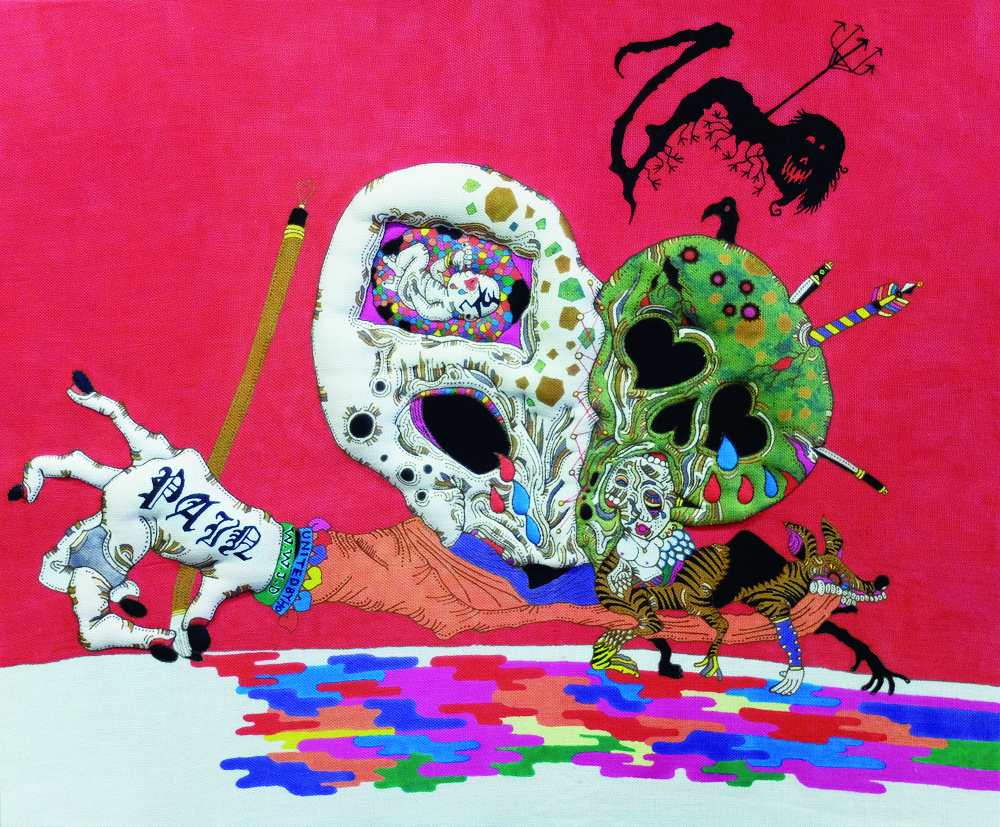 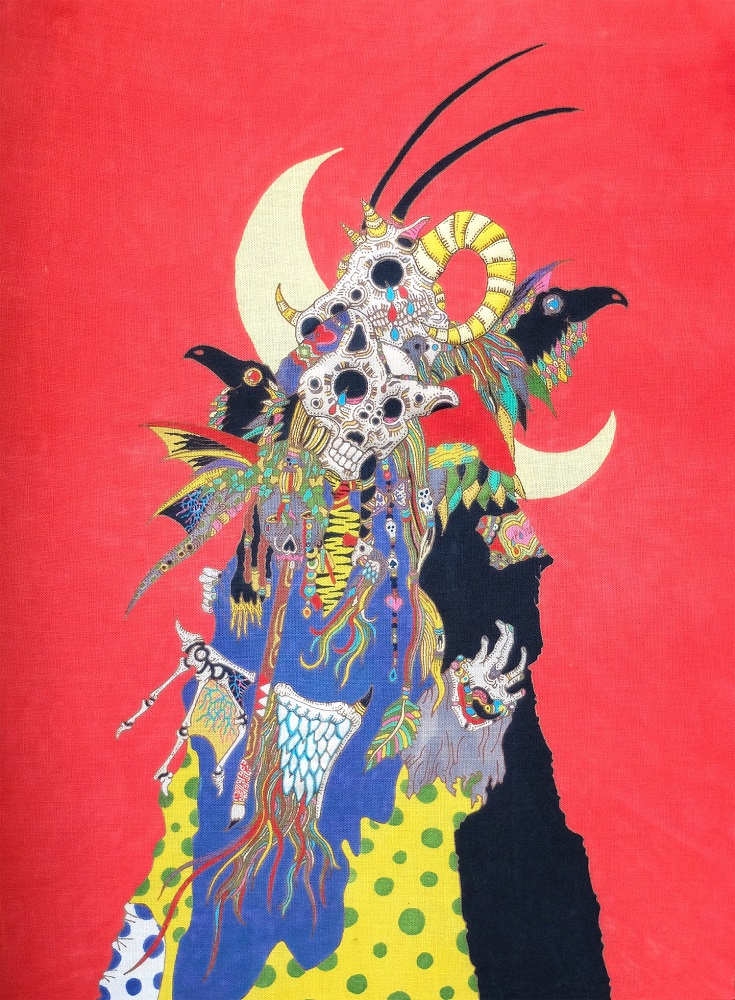 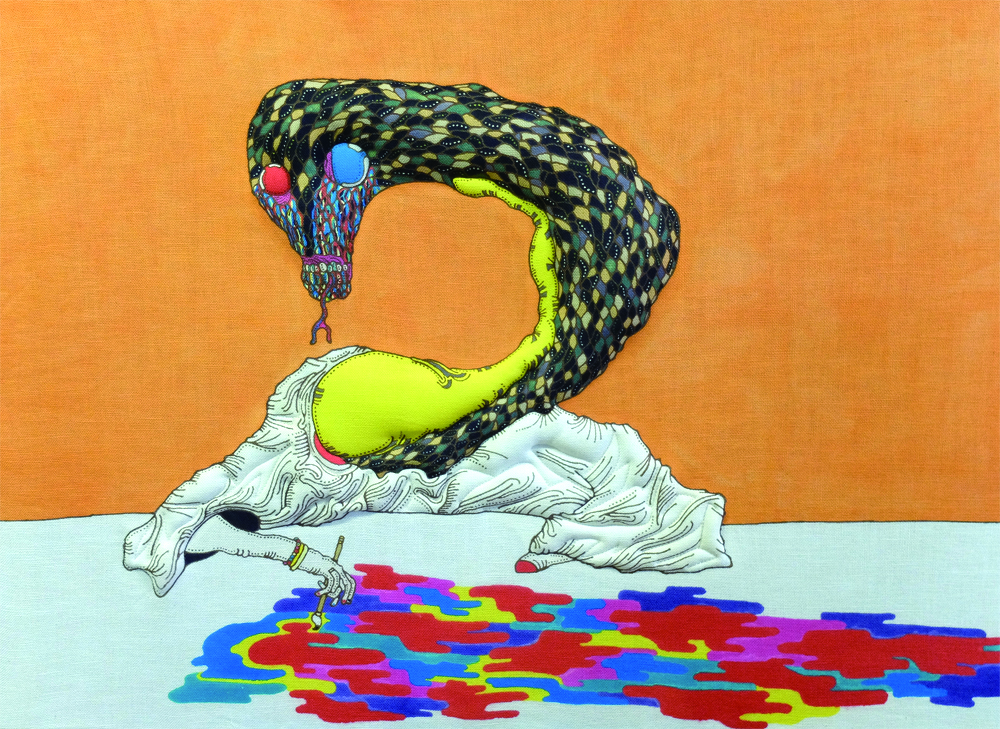 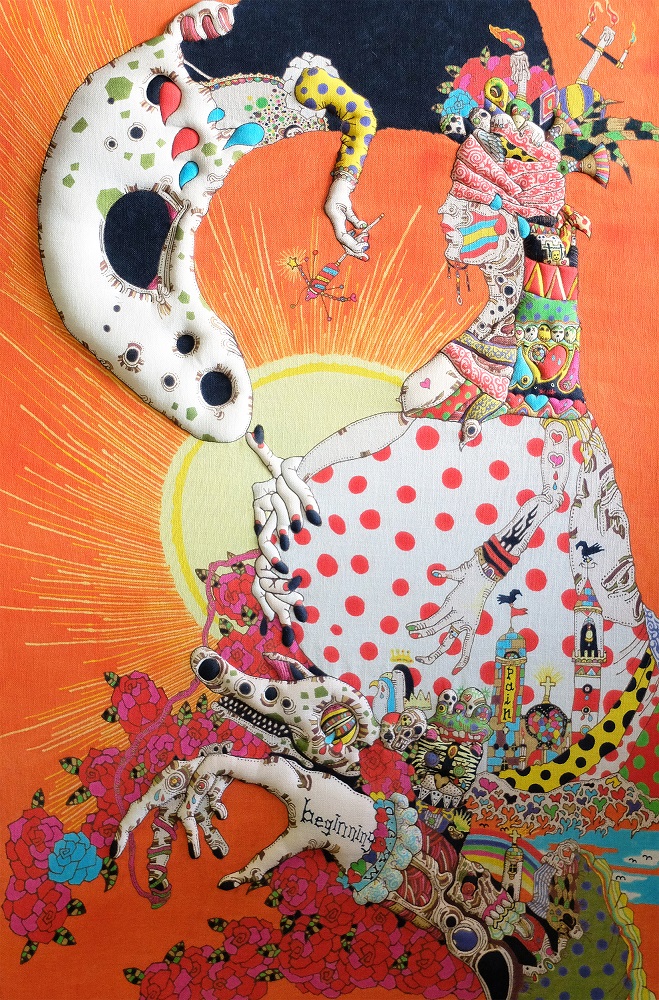 I am Shoichi Tsurukawa.The techniques I use in creating my works are staining and pen painting.
The works of both techniques share a miniature-esque preciseness. I did not tend to restrain myself to such particular representation, but what I try to express in one work is often too complicated.
As a result, everything is densed and clustered together in one pictorial scene.I am now focusing mainly
on the creation of the stain series. The reason I chose staining is that when I am making the color paste, the flow of my emotion during the creative process is expressed in a more realistic manner through
the changing of the thickness of the color.

I am often indulged in the colors of emotions.

I can easily indulge myself in the colors of happiness, anger and grief as my heart is always drawn by the vividness of my own emotions. What I want to portray is humans, namely the common “something” that lies underneath our appearance. As I do not know much about other human beings, I decided to draw myself, a human named “Shoichi Tsurukawa”.My works are like the crushed rubbles of my aspiration and fate from the brutal reality.
The rubbles did not go weathered, but are rather piling up along the way.
It would be my honor if you can enjoy my works.